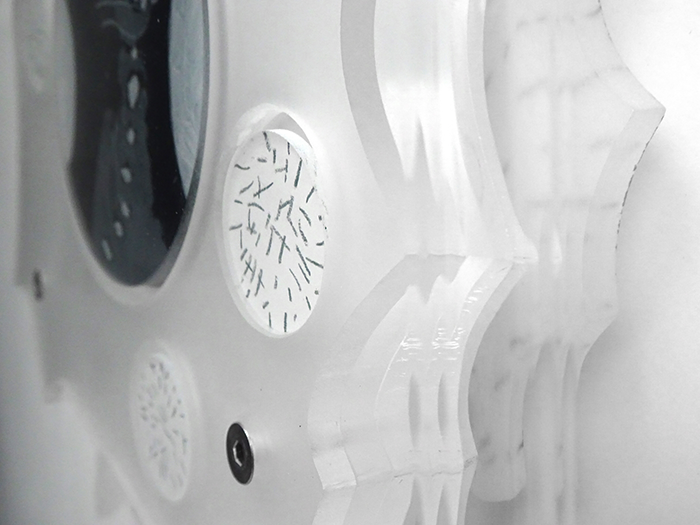 Paul Malone studied Fine Art at Reading University for B.A. in 1976 and MFA in Sculpture at the Royal College of Art in 1980. Since leaving college he has worked in studios based in the London districts of Waterloo, Greenwich and, most recently, Art in Perpetuity in Deptford. Exhibiting extensively in the U.K., U.S. and Europe he has also engaged in extensive curatorial practice both through international exchanges and through projects based in London.

The work can be most readily classified as Sci-Art; exploring lost and forgotten theories of natural philosophy. These are assembled into large scale installations using projection and sculptural elements. Also small scale objects that use model making in emulation of scientific methodology. There is also an extensive library of movie shorts that act as sketches for the more extended pieces.